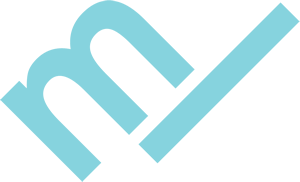 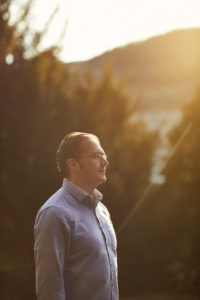 Marcus Davidson was a chorister at Worcester Cathedral.  He read Music at Birmingham University, studying composition with Vic Hoyland, and received a master’s degree in composition at City University, London, studying with Rhian Samuel.

Marcus is currently focusing on music which reflects sounds from nature, often working with recordings in his compositions.  He has special interests in organ, dance, vocal and electro-acoustic music.

He featured in September 2020 at the Bergen Kirkeautunnale (church music festival) with his concert Sacred Space, where several of his works were performed by Tabula Rasa vocal ensemble and organist Anders Eidsten Dahl, including the premier of Oh Great Spirit.

His work The Conscious Sky, premiered in Bergen in 2014, is a concert that blends space recordings and film, with vocal ensemble, percussion, sound track and Hindu texts.  His work The Passing, which includes space recordings, was broadcast by Radio Deutschland for the CTM12 festival Berlin, and is now released by Touch.

Marcus featured in the Bergen International Festival 2012 with Bee Symphony, a collaboration with sound recordist Chris Watson, where recordings of honey bees are fused with human song.  It was premiered at Queen Elizabeth Hall, South Bank in London 2009.  Watson and Davidson’s second piece, Sea Polyphonies, which fuses vocal ensemble with sea recordings was premiered at Our Lady of Lebanon Cathedral, New York City, September 2012. 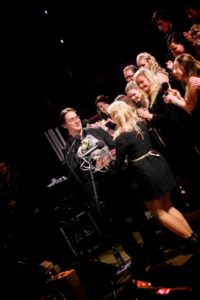 In 2016 he premiered with violinist Roger Huckle Standing Waves, a multimedia concert using a unique combination of Earth sounds and film, with the music of the west and eastern hemispheres. Their album ¨The Wave¨was released in 2019 with great reviews and was also performed at St. George´s Bristol with the Bristol Ensemble.

Marcus is a member of Spire, the Organ based project by Touch and has performed at festivals throughout Europe, notably Kontraste Festival, Austria in 2013, Bergen Kirkeautunnale festival 2013, Spitalfield Music Festival, London in 2012, and the CTM12 Festival, Berlin in 2012. 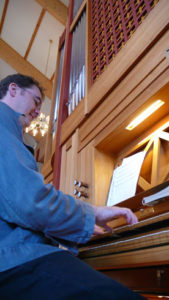 He has written and arranged for the London based a cappella trio Voice, who included his compositions on their albums Musical Harmony 2013 and Patterns of Love 2015.  Voice premiered 2 new arrangements with cellist Matt Haimovitz in London July 2016.

Other recent commissions include film scores for British Film Institute DVD Fairy Tales – Early colour stencil film from Pathé, Hardingfele ensemble pieces for Osterøy Spel- og Dansarlag  for Hardingfele ensemble,  4 Rhapsodies for solo classical guitar for premiered by Hallgeir Fiskaaen,  May 2016, 4 Balkan Dances for flute and guitar by the Fiskaaen/Bøen Duo in February 2019 and settings of poems from Crow by Ted Hughes, premiered at the Borealis Festival 2018.

Marcus has lived and worked in Bergen, Norway since 2010.  He is trying to learn to ski, particularly the bit where you successfully stop.

Music of the Spheres

A concert blending space sounds with vocal ensemble, percussion, soundtrack, Sanskrit texts and film. If you ever wondered what Pythagoras´ Music of the Spheres sounds like – here it is!

Sacred Space an organ based concert produced by Marcus Davidson and Charles Matthews that expands the soundscape of the organ, using backing tapes, samples, recordings from nature and voice.

Devised and composed by Marcus Davidson and Roger Huckle, Standing Waves is a multimedia concert using a unique combination of Earth sounds and film, with the music of the west and eastern hemispheres.

A collaboration with Clemmie Franks on the poem by Kitty O´Meara, who wrote ““It’s very beautiful….; thank you for sharing. We enjoyed your incredible vocals and the artwork and mixing very much. Very well done!”

A setting of a text by Hildegard von Bingen, premiered by ‘Voice’ trio on 2nd November 2012 at St Ethelburga’s, London.

Standing Waves is a multimedia concert devised and composed by Marcus Davidson and Roger Huckle, using a unique combination of Earth sounds and film, with the music of the west and eastern hemispheres.

1st movement from 4 Balkan dances performed by the Bøen/Fiskaaen duo.

Bhur Bhuvah Svaha from the concert The Conscious Sky

Standing Waves launch their new album at Østre, Bergen on 22/02/2019, with new pieces and new films by Kam wan.

Tabla Dance from the Album ¨The Wave¨released on all digital formats 21/02/2019.

The Conscious Sky is a concert conceived and composed by Marcus Davidson, that blends space recordings and film, with vocal ensemble, percussion, sound track and Sanskrit texts.

Marcus composed a new soundtrack for this early colour stencil film from Pathé — one of the wonderful films from the dawn of cinema found on the BFI’s DVD collection Fairy Tales released 3 December 2012.

Excerpt from the concert The Conscious Sky by Marcus Davidson, featuring the vocal overtoning of Jayson Stilwell and violin by Manna Frøyland. Images curtesy of the Hubble telescope.

Hallgeir Fiskaaen performs the 3rd movement of 4 Rhapsodies by Marcus Davidson. Recorded at Loddefjord Kirke, Norway on 5th May 2017.

Sacred Space a concert produced by Marcus Davidson and Charles Matthews that expands the soundscape of the organ, using backing tapes, samples using recordings from nature and space sounds and voice.

Standing Waves is a multimedia concert devised and composed by Marcus Davidson and Roger Huckle, using a unique combination of Earth sounds and film, with the music of the west and eastern hemispheres. 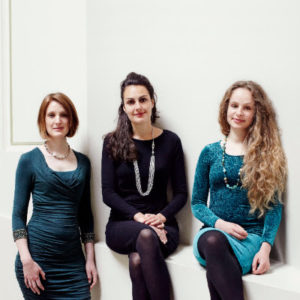